You’re at a gathering with friends and family when the inevitable question comes up – “What do you do?”

If you are a translator, you have already foreseen the rest of this conversation before you even begin to respond. Once you reply that you do translation work, people will then ask if you translate for cases in the courtroom or would like to work as a UN translator someday.

While it is flattering to be grouped together with impressive United Nations language professionals, you know you have some kind of educating to do. You may begin with, “Actually, that’s not what I do…,” and then go into a gentle correction and explanation process of the difference between translation and interpretation.

Just so we are all clear, translation is the written transfer of ideas from one language to another, whereas interpretation is the oral transfer of content. (So if I have a German text and I write what it says in English, I’m translating from German to English. But if someone is speaking English and I report what the person is saying aloud to someone in Spanish, I am interpreting from English to Spanish.)

The abbreviated line I tend to use is something along the lines of “Translation is written and interpretation is spoken.” It’s a bit of an awkward position for both of us in the conversation – I don’t want to make the person feel embarrassed about not understanding the difference since many people do not, but I do want to explain what it is so that people understand.

So where is this confusion coming from? We hear the term “translator” used wrong all the time, in our downtime and in the workplace.

When a key suspect in a police TV show or movie starts speaking a foreign language, the cops inevitably shout to one another, “Will someone get a translator in here?” Then, when the interpreter shows up, they urgently instruct the interpreter to “translate what he’s saying for us.” (Obviously, that’s the plan.) All of this should really have been called “interpretation,” and so the misinformation spreads each time we hear the term misused in our favorite shows and movies.

But it doesn’t end in our free time when we’re watching TV. It’s part of our culture, so naturally, it is in our workplace vernacular, as well.

When you search on job sites using keywords like “translation” or “translator,” many­ – if not most – of the hits you get end up being postings for interpreter jobs incorrectly classified. You won’t necessarily know it until you’ve read through the job description to see what the job poster meant. Posts with phrases like “translate in parent-teacher conferences as needed” let you know this is not likely an assignment with a lot of writing (AKA translating) happening during these meetings, since conferences are spoken interactions.

Interestingly enough, I have never once come upon a translation job posting that was misidentified as being an interpreting job. But there have been plenty of interpreting jobs that were listed as translating positions or projects. Unfortunately, using keywords related to translation will turn up both translation and interpretation jobs.

Some people may say, “Does it really matter what people call what you do? Isn’t it enough for them to understand it in general?”

Some could argue that it doesn’t matter, but consider this: What if people routinely confused the terms “surgeon” and “doctor,” as in “This cold hasn’t gotten better. I should go see the surgeon.” It sounds kind of ridiculous, since we as a culture know that those are similar – and yet very different – jobs. Getting surgery for a bad cold seems like an extreme measure, no matter how sick you are.

The problem is that if people don’t even know what to call your job and are not even entirely sure what you do, how can they understand or respect it in its own right?

All of this simple confusion about the terms sometimes makes me wonder if it would be easier if we were starting from scratch in educating people about the true meanings of the words “interpret” and “translate.” It only takes a sentence to explain the difference, after all. It seems like this partial information and misinformation make our job of educating people on what we really do more difficult – but also more important.

Fellow translators and interpreters, do you have any friendly and brief ways to explain what you do, especially when people don’t quite understand your job? Let us know in the comments. 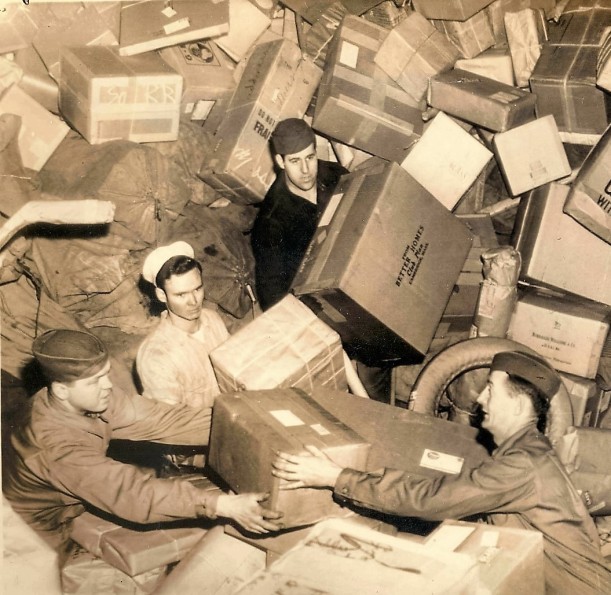 Literal heavy lifting. That’s definitely not in our job descriptions.

Follow ATISDA Blog (Association of Translators and Interpreters in the San Diego Area) on WordPress.com